Gateways Students Give Back at Holiday Feast 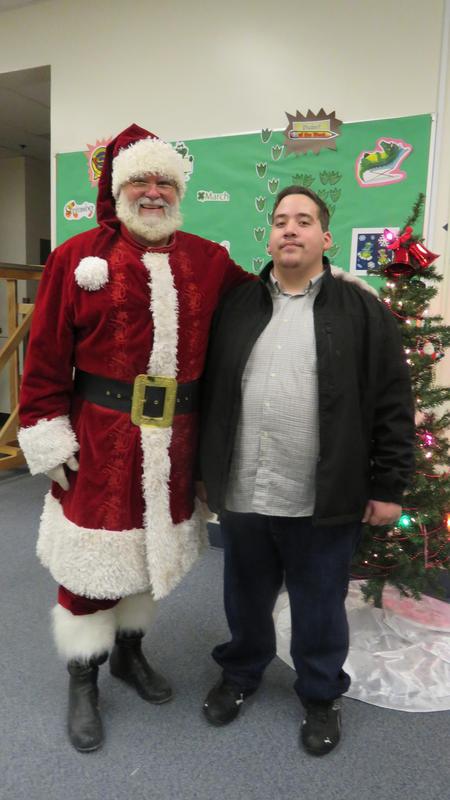 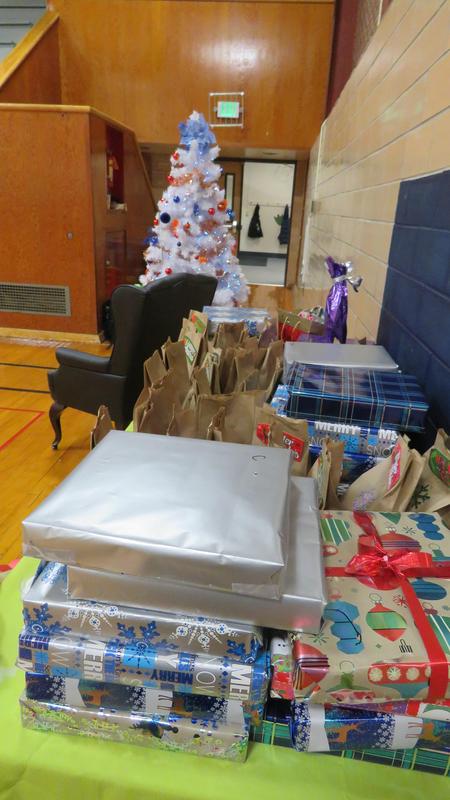 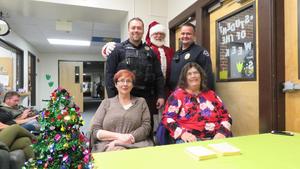 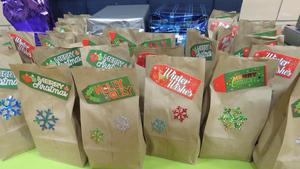 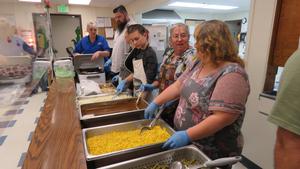 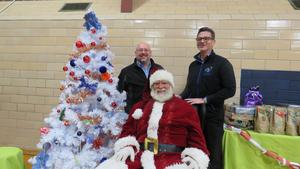 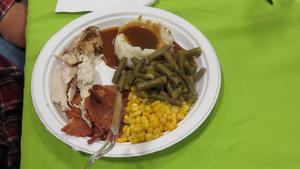 Wednesday, December 19th, 2018 was the culmination of several months of planning, preparation and organizing for the first-ever Gator GiveBack Feast at Gateways school.

The Feast was the idea of sophomore David Gomez. David wanted a way to give back to the community that has supported him by providing something special for those who might not otherwise get to have a traditional Christmas dinner. This idea came to him during summer school and he started working hard when school started in August to make it a reality.

There were lots of part and pieces to this event and David had to take a great deal of leadership responsibility in order to make it happen. He worked with the Gateways principal and social worker in the initial stages to identify exactly what the event would like, who would be invited, and what we would be needed to make it happen. He then identified a group of staff and students to be part of his team and took the initiative to recruit them.

With some assistance from Gateways staff, David was able to get volunteers and food donations from staff and community partners. Pastor Jim Lester and his congregation from Fairview Church donate some of the needed food items, helped with gift bags for the kids, and came to help serve the Christmas dinner. Through this connection Voegel Farms also came on as a partner, donating all of the turkeys and hams for the feast. David was able to convince a very special Santa (Chris Lester from Voegel Farms) to attend the feast as well. Kathy Nance, Gateways’ kitchen supervisor, stayed into the evening to help prepare the meal.

The Gateways SRO and one additional officer attended the event to show support for David and ensure everyone felt safe. Officer Ryan Beason brought gifts for all of the kids at the Community Family Shelter. Unfortunately, due to scheduling conflicts, they were unable to attend, but the gifts were delivered later.

When guests from the Lighthouse Mission arrived they were greeted by Gateways staff and students. They received a menu card and were then served by volunteers. Staff and students took time to visit with guests to make sure they felt welcome. Santa was around, as were the photographers, and several of the Lighthouse had their picture taken with Santa! One man said, “I want to send this picture to my son. He will like that!”

On the ride back to the Lighthouse, the men on the bus could not stop talking about the evening. Comments included:  “Can’t nobody be in a bad mood after that!” “Those kids were amazing!” and “I’m going to sleep good tonight!” Several took the time to thank David personally for organizing the Feast and inviting them.